A Light that Still Shines Bright

Life is an unpredictable thing. Time, something that must always be valued and respected. A few weeks ago, I learned just how true these statements are when I discovered that a very close friend had unexpectedly passed away. While I and so many knew him as a friend, others called him brother or son. Whether we would be at the cinemas, admiring the stunning animation of Pixar's latest film, or having a drink as we discussed the future of art, that stinging pain that comes with the realization that someone you have known for so many years will no longer be with you still burns. It hurts even more to know that the world will never see the full potential of such a talented artist.

Not only did he have a kind heart, a distinct smile, and a genuine laugh, but he was supportive and proud of all of his friends and their endeavors. Though his skills were impressive, notching up such recognitions as the Grand Prize for the 2011 Lucasfilm "Man versus Nature" Concept Art Award (which led to an internship at Lucasfilm Studios in California) and placing second in a competition sponsored by Animation Magazine for their poster pitch contest, he would always brag and swoon over the talent of others, most especially his friends. His passion, motivation, and unconditional selflessness served as a source of inspiration for all who knew him. 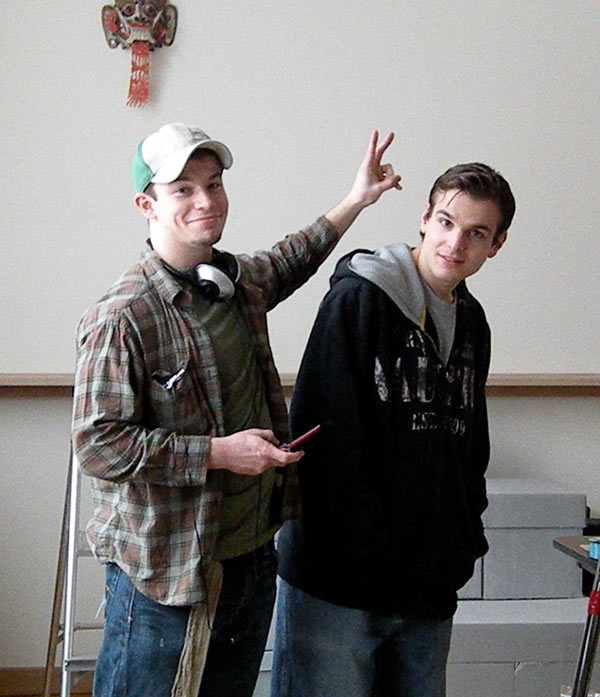 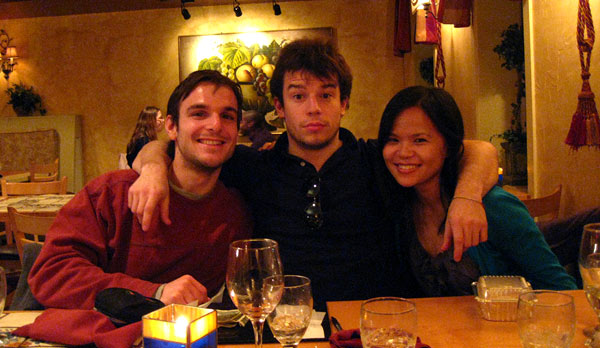 I can't help but imagine that as I write this, Doug has his signature Bose headphones on, studying the composition and color palette for an upcoming painting. He'll be planning it out much like he did with his other pieces, a few sketches and a study or two in preparation of the final painting. While much of his work is done digitally, with this particular image he'll be working in a traditional fashion, with vibrant oil paints, a pockmarked palette of dried liquin and oil swatches (although there is an untouched spot left on the top, right corner from which to work). In typical Doug fashion, the piece will be finished and ready to critique in only two days time. And an intriguing one it is at that! In the near distance, one can see a massive roller coaster, dwarfing the mightiest of skyscrapers. Through the atmospheric haze of the sky stands a monument of tremendous cliffs guarding over the innocent, virgin blue lakes below them. If you look close enough, you'll even notice a small, red tavern. Although somewhat aged, it still has a warm, inviting appearance. Perhaps here, you could rest a while, have a drink, and maybe even play a game or two of darts. And yes, that glistening, winged silhouette in front of the blazing light of the daytime sun is a dragon. The painting seems to almost resemble an amusement park, with all of these impressive landmarks being housed within splendidly intricate, golden gates. To the trained eye, the influence of the gothic style, so prolific in the middle ages, adorns the surrounding, gated architectural perimeter of "the park." Before turning away, you find it interesting to note that Doug painted a modest booth in front of this stunning display. You might even chuckle in admiration as you realize there is a gray bearded, kindly old man in a long brown robe standing beside it. At first, you think Doug injected a little bit of Star Wars humor, placing Obi Wan Kenobi as the gatekeeper of a theme park. But then you notice this man has no mythical lightsaber adorning his attire. All he has are a set of gold keys in his right had as he motions for you to enter this splendid place. With this, you smile and begin to walk away, noting Doug's atypical choice for the painting's title, "Saint Peter's Gates, a Heavenly Park."

Rest in peace, my friend. I, along with so many others, will carry your memory with me, striving to honor it every step of the way on my journey through life. I hope that one day, you, I, and all of our friends and family will be able to share the fun that can be had at "Saint Peter's Gates."

For a glimpse into Doug's creative process and his impressive work, be sure to check out his blog.